I found this mock video made by a German TV show. It’s a collection of Boris Johnson’s most clownish moments (e.g. Rugby tackling someone, smashing through a Brexit wall on TV, on a zip wire across the Thames).

The German description is:

I thought it was funny! Not just the fact that it was made by the Germans but also how accurately it represents the external global view! The problem with the Tories is they don’t realise that they come across as incompetent and untrustworthy to the rest of the world.

I’m all strapped in now and I think this is a good end to this Brexit diary, which actually I started almost exactly two years ago!

With a video of the foolish PM, fuer den man sich fremdschaemen muss.

Italy is in a mess right now. The coronavirus started there on 31 January and the total number of cases leading to death stand at 4,825 today, Saturday 21 March 2020. It is in fact the highest number of deaths from the coronavirus globally.

My (very infrequent) series of blog posts about European countries (it was supposed to be a Brexit diary) suddenly has been interrupted by the impact (smashing into the Earth like an asteroid) of the fucking COVID-19! Which has rendered reality unreal and forced us all into survival mode.

I wanted to get a quick overview of the raw data in relation to the coronavirus in Italy and found a couple of infographics which shed a light. Below are two useful ones that focus on the data and key facts. 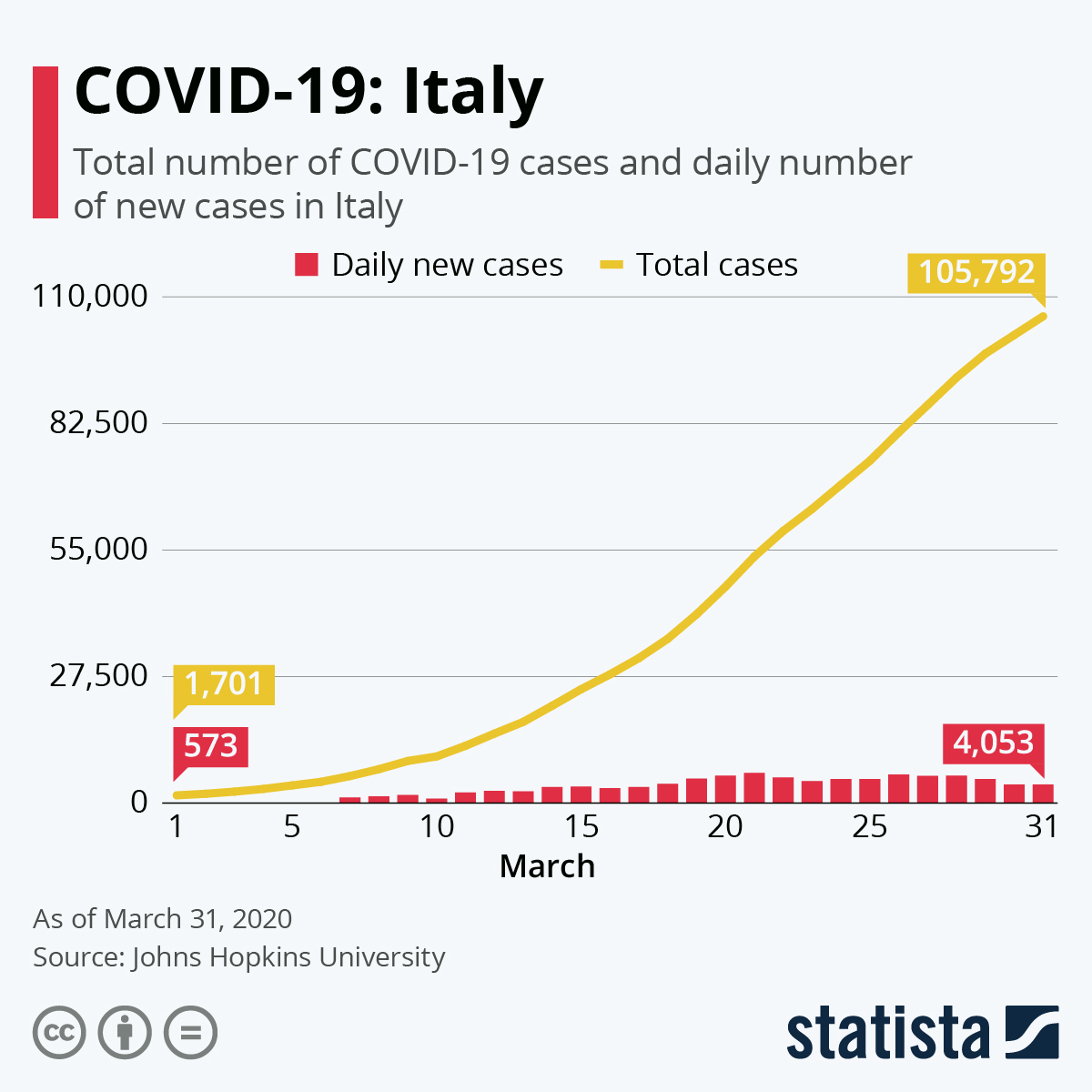 I grew up in a small village in Germany and we had no books in the house, other than a couple of Konsalik novels (that no one read) and a Family Health Book with pictures and descriptions of illnesses and diseases and what to do about them.

Where I went to school was quite a touristy region. It looked a little bit like this:

What is good about coming of age in Germany?

I think the wall coming down in 1989 imprinted on me that change is possible, and that chaos creates the conditions for acceleration. The 90s were good too, with a strong alternative scene (non-commercial punk and hardcore bands, squats, solidarity, marches against Neonazis, and so on), and a sense that things were going to get better for all (once the SPD took power in 1998). Germany’s role within Europe is schizophrenic. On the one hand, we are responsible for mass genocide (and were one of the first to use propaganda as a weapon), on the other, we now are a ‘good nation’, sat in the middle of Europe and (economically) one of its success stories.

I never thought much about the bigger picture economy and politics when I was younger. It was more general stuff, being oppressed ‘by the state’ and parents / authorities, marching against Nazis. Loving the world, even while angry about it and feeling raw on the inside.

The best thing about Germany was the rules. Breaking them (when they were too oppressive) and following them (where they made sense). Being taught how to make up my own mind, learning how to think. For free!

… or rather, that I had Polish Ancestry. You see, my grandfather was from East Prussia, and as a child I got that confused with Poland.

I thought having ‘Polish blood’ in my veins would somehow make me exotic / fiery.

But I didn’t / I wasn’t. Much later, I understood Poland’s contribution to the European project. I connected with Poland through its (sub) culture, and much enjoyed punk bands like Post Regiment (from Warsaw).

Below is from a review of their 1996 album Czarzly:

…The primary vocalist is female and sharply enunciates her yelled vocals in Polish, occasionally peppering the songs with a little melody. There is a gruff male vocalist that does backups and generally takes a similar approach. The interplay between the two vocalists is really well done and makes this such an enjoyable record to listen to. Despite the speed and the fact that I don’t understand a word of Polish, the songs are quite catchy. …”

I loved it although I discovered Post Regiment quite late. It turns out their female vocalist Dominika Domczyk (AKA Nika) appeared on Polish (?) TV in 2015 (watch how the kids get more and more fired up as the song goes on).

I much prefer your earlier work.

Here are the lyrics to a song on Czarzly, Znów:

Google translate to English – it sounds like it’s about drinking / alcohol / desperation / fun / being young!

You are passing by someone
Converts what it has
Someone is rid of thoughts
Too close to the bottom drain
In slow sinking drops
You can see your face
You do not want to do good
And you do not want to do evil
And the pain bursts you out
You want to howl
A distorted picture again
You drink again to live
Today, you pour everything into yourself
Behind the door was the goal
You do not hear, you do not understand
What’s going on around
Straight ahead without a sign
At dusk, who avoids the day
You are slowly submerging
You curse bottomless time

My European tour as we approach Brexit has now visited Scandinavia, Norway, Lithuania and now Poland. The amusing thing of course is that Brexit hasn’t even happened yet (and some say, never will!). At least it means I can keep writing the occasional blog post and share what I remember of the countries that make up my nation.

My Brexit food stockpile is taking shape. Last week, I received a delivery of food cans and other items (roughly from my list of no deal Brexit food supplies).

I love having a cupboard full of stuff that will keep me alive for a while.

Should I stockpile food for Brexit?

I was surprised this week to speak to quite a few people who looked at me like an alien when I talked about my emergency food supplies for Brexit. Thankfully the issue now has started to be covered in the news a little bit more, what with (as a little bird tells me) the UK Government completely descending into chaos and the likelihood of a hard Brexit increasing by the day (I say, BRING IT ON, as I’ve had enough of the incompetent fool that is Theresa May. Let it all descend into chaos and her and the Tory scum be forever tainted).

And YES, you should start buying tinned food and so on in great quantities, if you can afford it. The chances of food shortages in the case of a hard Brexit are high, if last year’s Beast from the East wintry storm is anything to go by (I couldn’t get any milk or bread, and I live in a city). It’s a crisis of the Tory’s own making, and poor people will be hit exceptionally hard (nothing new there – Tories hate the poor).

Here’s my own list of what food to stockpile for Brexit which will hopefully serve as a good starting point.