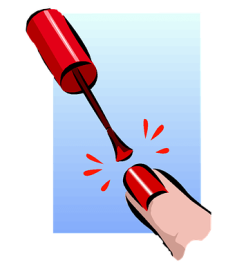 … or rather, that I had Polish Ancestry. You see, my grandfather was from East Prussia, and as a child I got that confused with Poland.

I thought having ‘Polish blood’ in my veins would somehow make me exotic / fiery.

But I didn’t / I wasn’t. Much later, I understood Poland’s contribution to the European project. I connected with Poland through its (sub) culture, and much enjoyed punk bands like Post Regiment (from Warsaw).

Below is from a review of their 1996 album Czarzly:

…The primary vocalist is female and sharply enunciates her yelled vocals in Polish, occasionally peppering the songs with a little melody. There is a gruff male vocalist that does backups and generally takes a similar approach. The interplay between the two vocalists is really well done and makes this such an enjoyable record to listen to. Despite the speed and the fact that I don’t understand a word of Polish, the songs are quite catchy. …”

I loved it although I discovered Post Regiment quite late. It turns out their female vocalist Dominika Domczyk (AKA Nika) appeared on Polish (?) TV in 2015 (watch how the kids get more and more fired up as the song goes on).

I much prefer your earlier work.

Here are the lyrics to a song on Czarzly, Znów:

Google translate to English – it sounds like it’s about drinking / alcohol / desperation / fun / being young!

You are passing by someone
Converts what it has
Someone is rid of thoughts
Too close to the bottom drain
In slow sinking drops
You can see your face
You do not want to do good
And you do not want to do evil
And the pain bursts you out
You want to howl
A distorted picture again
You drink again to live
Today, you pour everything into yourself
Behind the door was the goal
You do not hear, you do not understand
What’s going on around
Straight ahead without a sign
At dusk, who avoids the day
You are slowly submerging
You curse bottomless time

My European tour as we approach Brexit has now visited Scandinavia, Norway, Lithuania and now Poland. The amusing thing of course is that Brexit hasn’t even happened yet (and some say, never will!). At least it means I can keep writing the occasional blog post and share what I remember of the countries that make up my nation.

In 1993, a friend of mine and I traveled to Oslo by train, hoping to meet the band that had influenced us so, so much. In those days, punk / hardcore bands tended to put out their own records (or formed small labels to do so), and often times their contact details including address and phone numbers was printed on the sleeve. So we figured we should go there.

I really cannot recall how we found their house (this is way before the Internet / Google Maps and whatnot) – it’s possible we bought a street atlas of Oslo when we arrived in the city. It’s crazy to think that you used to just get on a train with a rucksack, a tent and a couple of train tickets,  with little plan as to exactly what to do when you arrive, where to sleep, little preparation in terms of money (other than exchanging some to whatever foreign currency you needed). Our age might explain it – we were teenagers, and fearless.

I do remember arriving in Oslo and hanging around the main station which struck me as being very clean. There were a couple of drunkards in the station and a couple of cops in the process of removing them. I clearly remember that alcohol was very, very expensive, even then. Not sure about cigarettes, although back then I still smoked.

We ended up going to a campsite somewhere outside of Oslo – it was one of the cheapest, with basic facilities. One night it was so cold I slept on the floor in a toilet cubicle inside the campsite facilities rather than in the small 2-person-tent. I don’t think we ate all that much (I was Vegetarian and had to make a couple of exceptions to have a fillet-o-fish, the rest of my diet was french fries when ‘eating out’  and chocolate spread on rolls when in the tent or on the go).

My friend was a boy – we were friends, not lovers. I didn’t mind sleeping beside boys or in the same bed / small tent as them; it was fully innocent (though others sometimes didn’t understand how you could have a deep platonic friendship with the other sex – you can, if you don’t fancy them!! I trusted him and all my boys were friends, not ‘men’ or even ‘the other sex’ – all of that poisoning came later).

A couple of days after arriving in Oslo, we got on a bus and traveled from our campsite across the city, to this band’s address. I took a photo of the house from the outside (not reproduced here but yes, I have evidence).  We then went around the back and knocked on a door. The singer didn’t seem to live there, and the other band member weren’t there at the time. However after we’d explained in heavily accented English the reason for our visit (to 2 or 3 people who appeared to be the band’s friends), they let us in and offered us a a couple of beers. We must have chatted for about half an hour or so and then, before we left, the friends gave us the first 2 LPs (vinyl) of the band as a present – they had a few copies of these rarities still in the house.

Once back at the campsite, my friend and I tossed a coin as to who would get these precious and rare records to take back home, and I WON!!!!! I WON!!!!!

Just imagine: In 1993, we traveled all the way to Oslo by train, because of our undying love for a band from Norway.

When people talk of alternative 90s music (the time of Brit Pop in the UK and Grunge in the US), I think of the punk bands  that I listened to at the time.

One of them – in the early 90s – was Jawbreaker – an emo punk band, who signed to a major label and released their album Dear You in 1995. This was considered a bad move, as they were supposed to be anti-establishment. The band never broke through (although they’ve just announced their first UK show in 25 years – April 2019 in London).

I rediscovered Dear You the other day and noticed how it moved me. I think that YouTube / Instagram influencers are the Jawbreakers of today – they arouse the same emotion and passion in the young generation that I felt in my twenties (now gone obvs).

‘Fireman’ is the best track on Dear You (and the only one with an official video!).

[Verse 2]
Dreamed I was a tidal wave
I ravaged your coast, there were no survivors
Dreamed I was your landlord
I showed your place when you had lovers
If I was a vampire
I wouldn’t suck your blood
Then I dreamed I was you
The sweetest dream I have had

[Verse 3]
Dreamed I was a dream
Stole you away, away in your sleep
Saved you from a fire
Gun for hire
Introduced you to a vampire
Wave crashed on the beach
We rolled around in its foamy grasp
Kissing in the chaos of a kelpy sea
Seems I couldn’t save you from me

[Bridge]
Maybe I’m obsessive to think like this
Probably not impressing you
With my cheap tricks
Honey, it’s depressing what
Depression does to some
I’ll play the part for hours but
I know you’ll never come

Kathleen Hanna, formerly of Bikini Kill, the most influential riot grrrl band, has a documentary out next year (The Punk Singer)  if you and I help fund the film’s post-production. Pledges start at $5.

You can do so via a Kickstarter project – The Punk Singer: The Documentary about Kathleen Hanna

The official Homepage of EA80, a punk band, is here and I love it!

PS: Zemanta can’t find any recommendations for this topic …

PPS: isn’t it funny how there aren’t any actual music videos of good bands? For the old German punk bands, most users upload album covers and then album tracks as music.